Looking back on more than 100 years of tradition 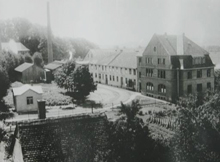 Gies Kerzen is one of Europe's biggest candle manufacturers.

As the Bergedorf factory has become too small. Gies Brothers move to new premises in nearby Glinde. 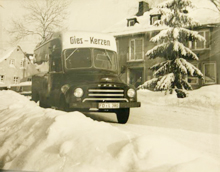 Swedish group "Skane Gripen“ from Malmö is interested in forming a strong candle collaboration. Swiss company "Becker Kerzen“ and Gies Kerzen merge into the Gies Group. Production is shifted to the modern factory in Glinde, and the Glinde site is expanded.

"Liljeholmens Stearinfabriks AB“ , founded 156 years ago and based in Swedish Oskarshamn, joins the Group.

The newly established  ALG Holding A.B., based in Malmö, Sweden, takes over the Gies Group from Blyth.

Gies Kerzen is in an optimal position for future growth. As a trusted and reliable trade partner, Gies professionally manages and extends its range of brand and private label products.

Long-term safeguarding of ALG Holding AB by relocating machines from Glinde to Portugal and Sweden to strengthen the production facilities there.
The core business with sales and marketing will remain at the Glinde site. The usual good service for our customers is continuously improved.